Night Away in Nashville

Well, my travels continue!  At least this time it was for fun and with my sweet husband.  Saturday we hit the road and headed to Nashville (in the rain) for the night.  His best friend and girlfriend flew into town so we thought it was the perfect way to get to spend some time with them and see a town we enjoy.  Nashville was CRAZY packed!  So much was going on this weekend -- the SEC Basketball Championship games (Kentucky fans were everywhere), St. Patrick's Day Parties and Parades, concerts and the usual tourists.  We picked Ross and his girlfriend Alissa up at the airport and headed downtown for lunch at a Mexican place.  After a much needed meal, we checked into our hotels and freshened up before our dinner reservations at City House.  They had the BEST pizza!!! It was like I was back in Italy it was that amazing.


After dinner, we caught a cab to downtown and hit some bars.  Everything was soooo crowded it made it hard to talk and move around and let's be honest, Adam and I were ready for bed.  We are not club goers!!  Plus, give us some credit, we are use to EST.  We walked back to the hotel and called it a night.

Sunday morning, we met back up for breakfast at The Tavern.  Adam and I got there about 30 minutes before it opened which was good because there was already a line forming!  We waited for Ross and his girlfriend to join us and were ready when it opened at 10.  It was crazy packed in no time at all.  The food was really good there too.  Sunday turned out to be an absolutely gorgeous spring day!  Hello sunshine!!! 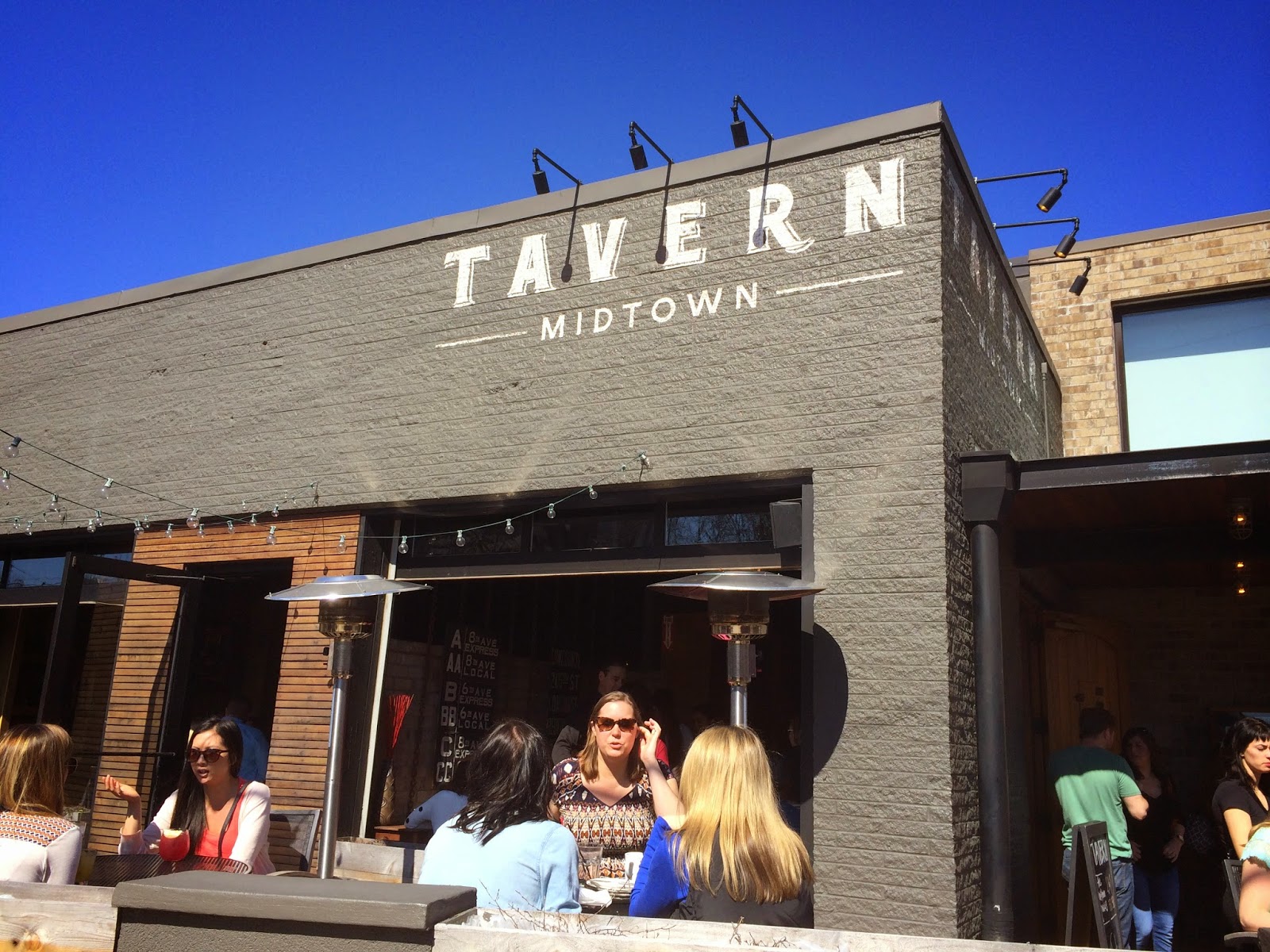 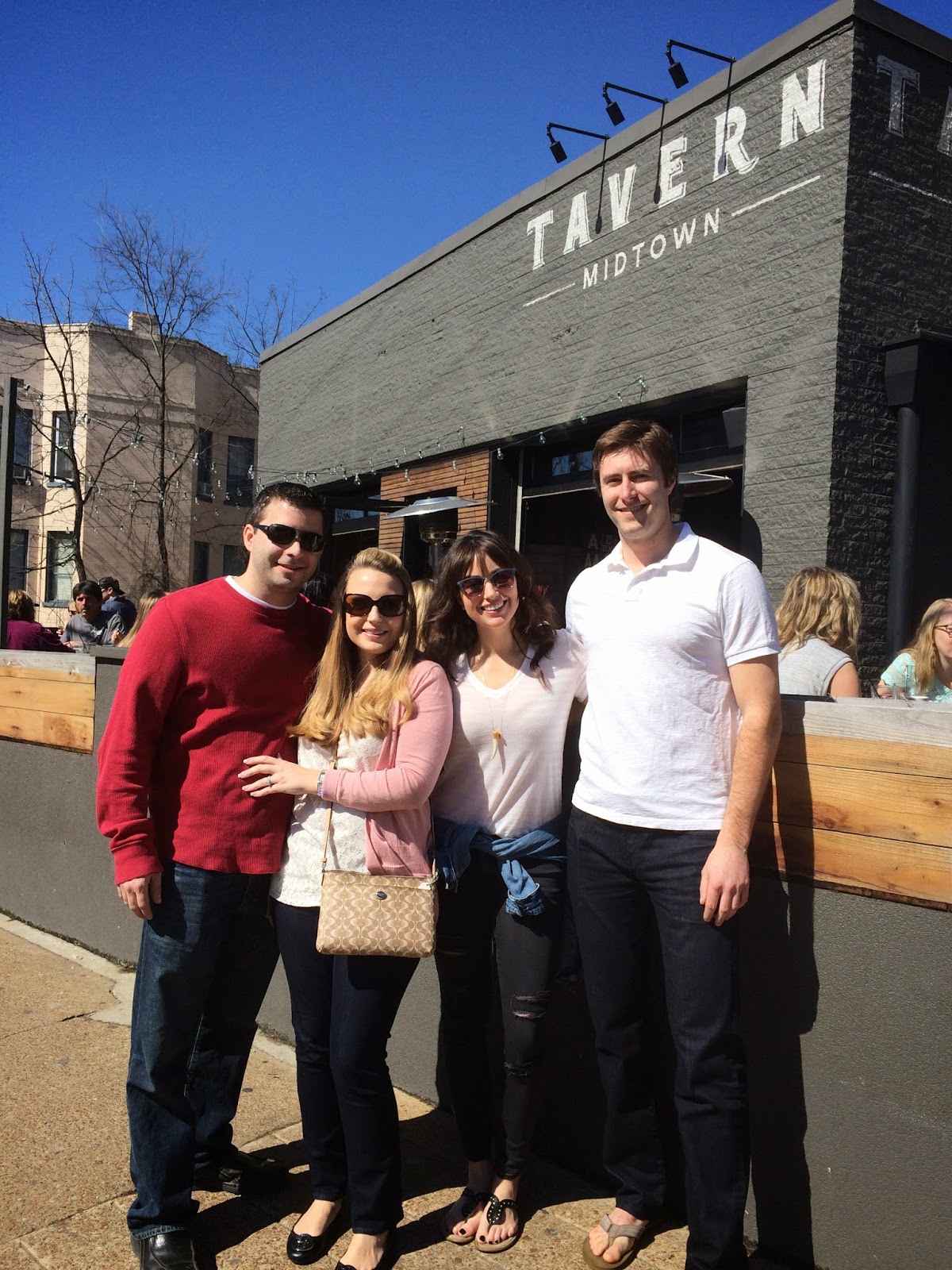 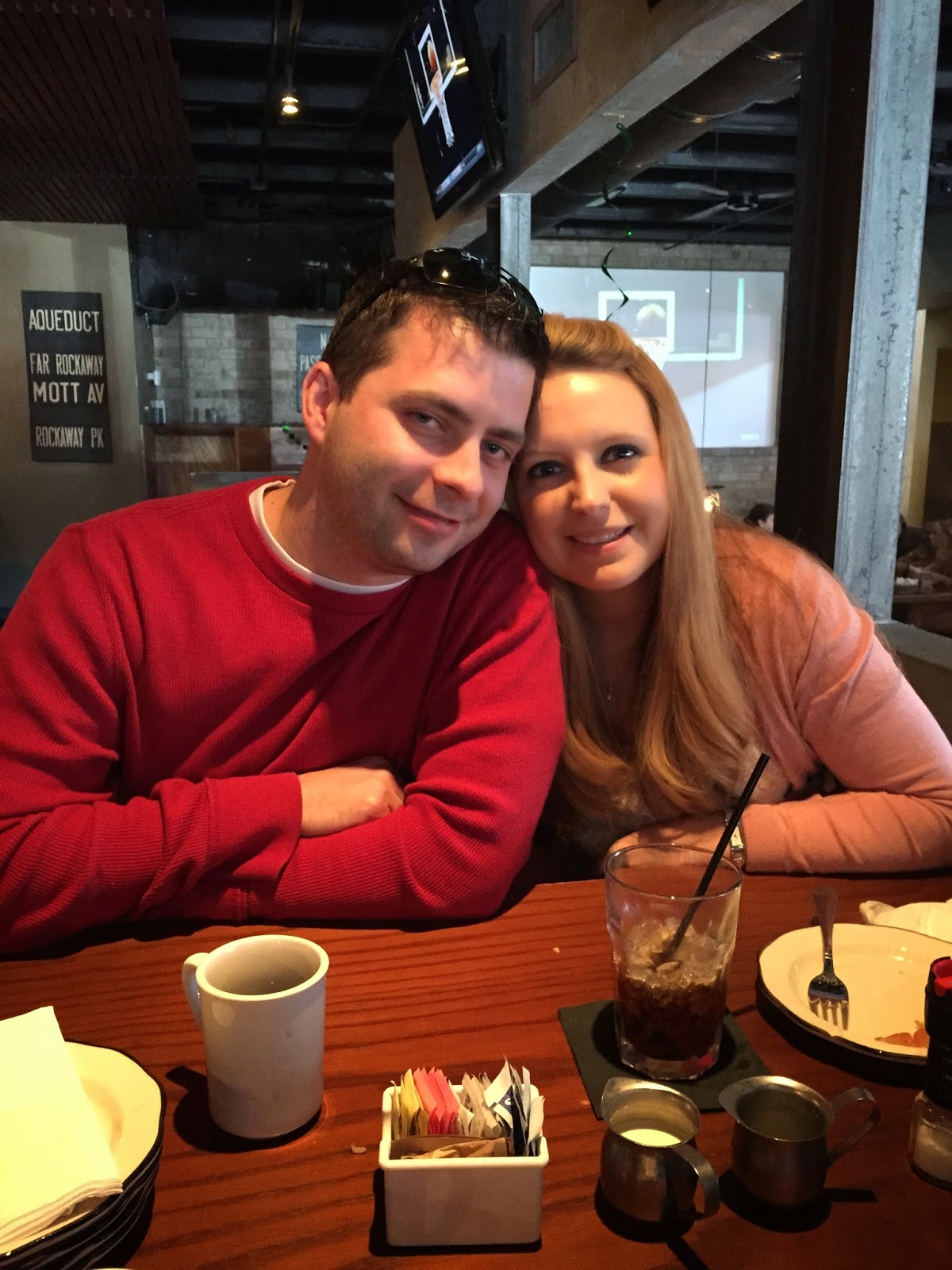 After breakfast, we headed to Centennial Park to check out the Parthenon.  It was the perfect day to walk around and just take it easy.  The Parthenon was really cool to see too and again, took me back to Rome!  Looks so much like the real one!  So random that it's just in the middle of a park in Nashville.  Fun place to take some pics though! 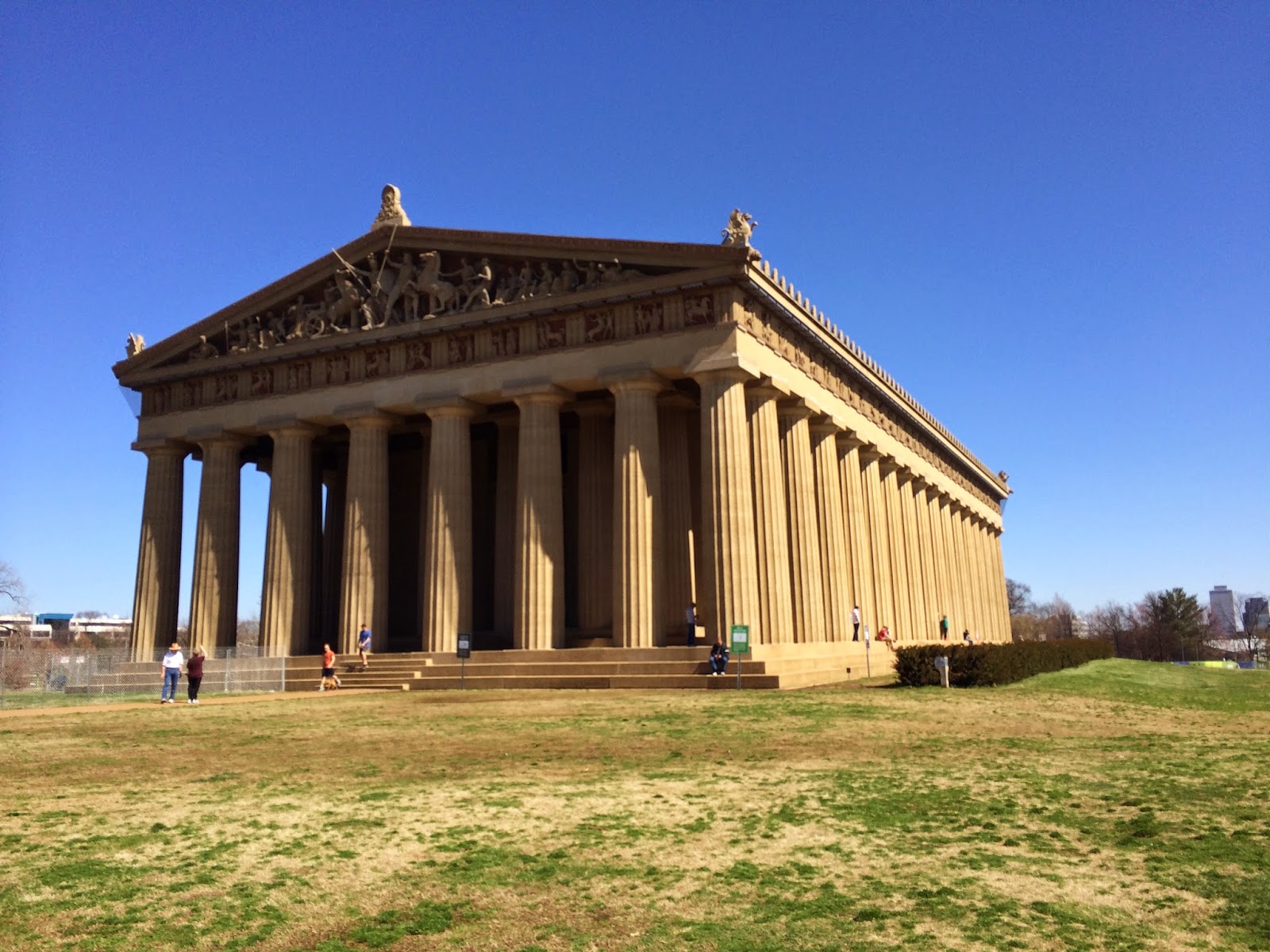 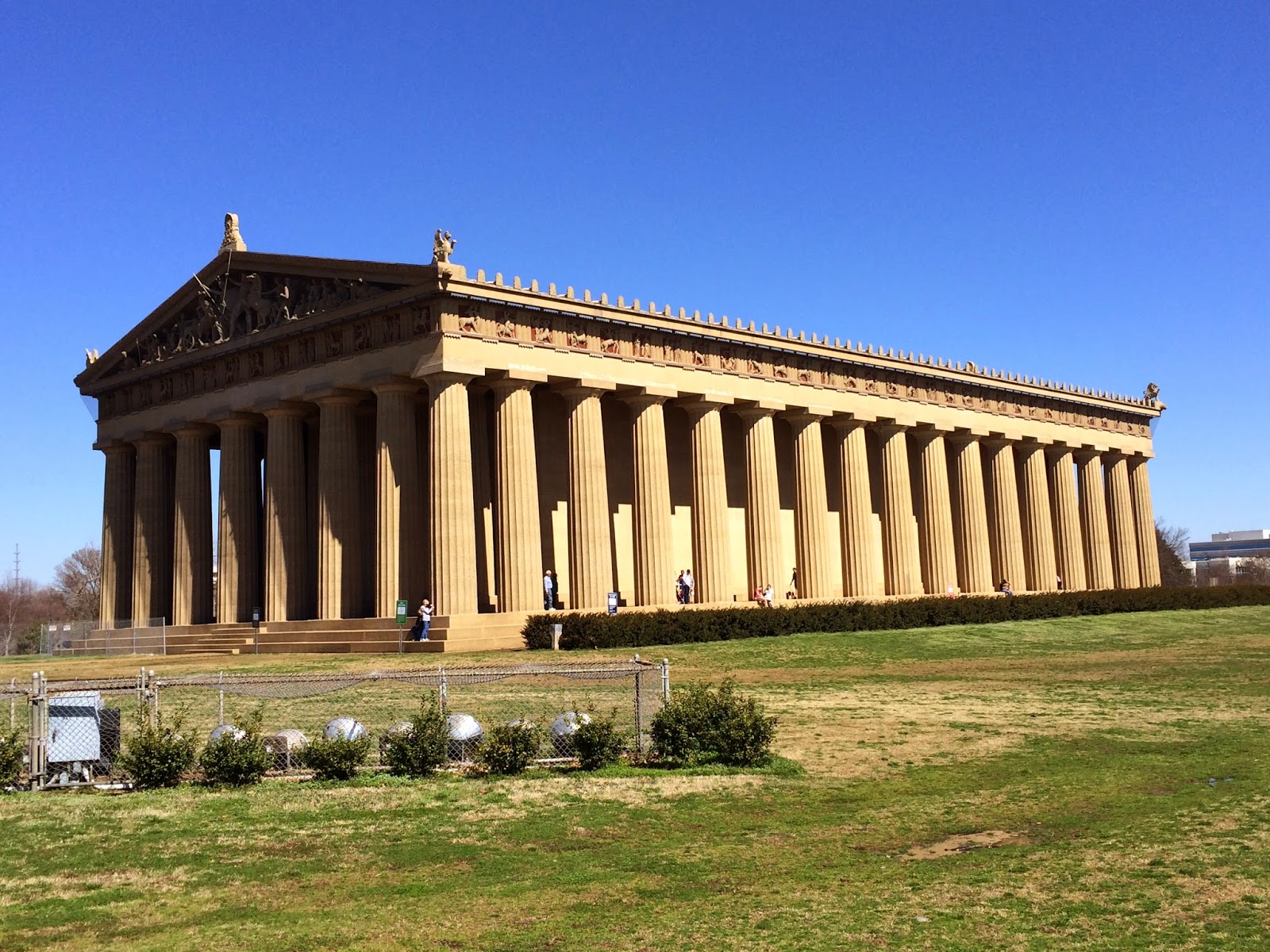 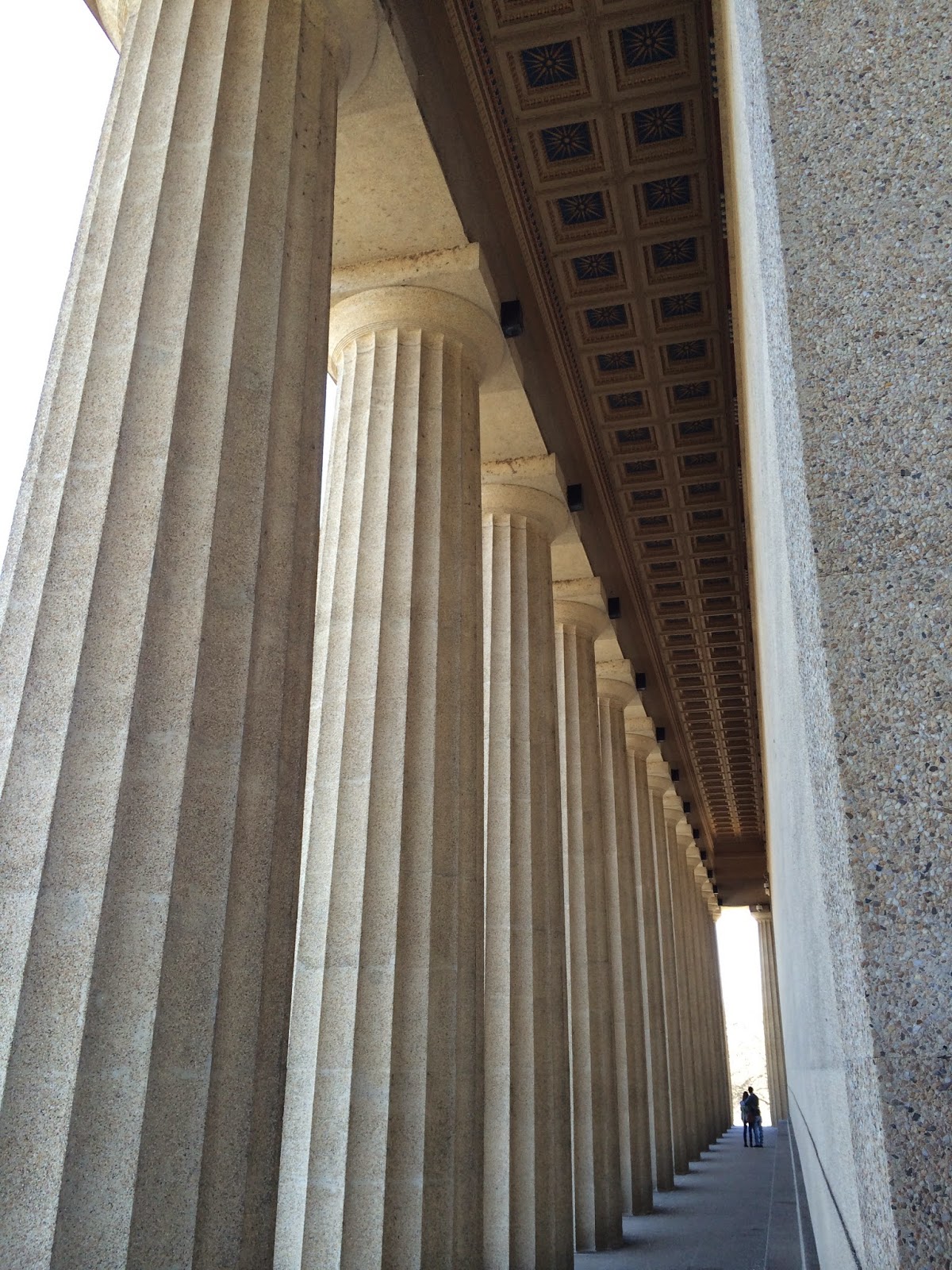 From here, we grabbed some Starbucks and headed over to another park nearby - Bicentennial Park - and sat where we had a view of the Capital and just hung out in the sun. 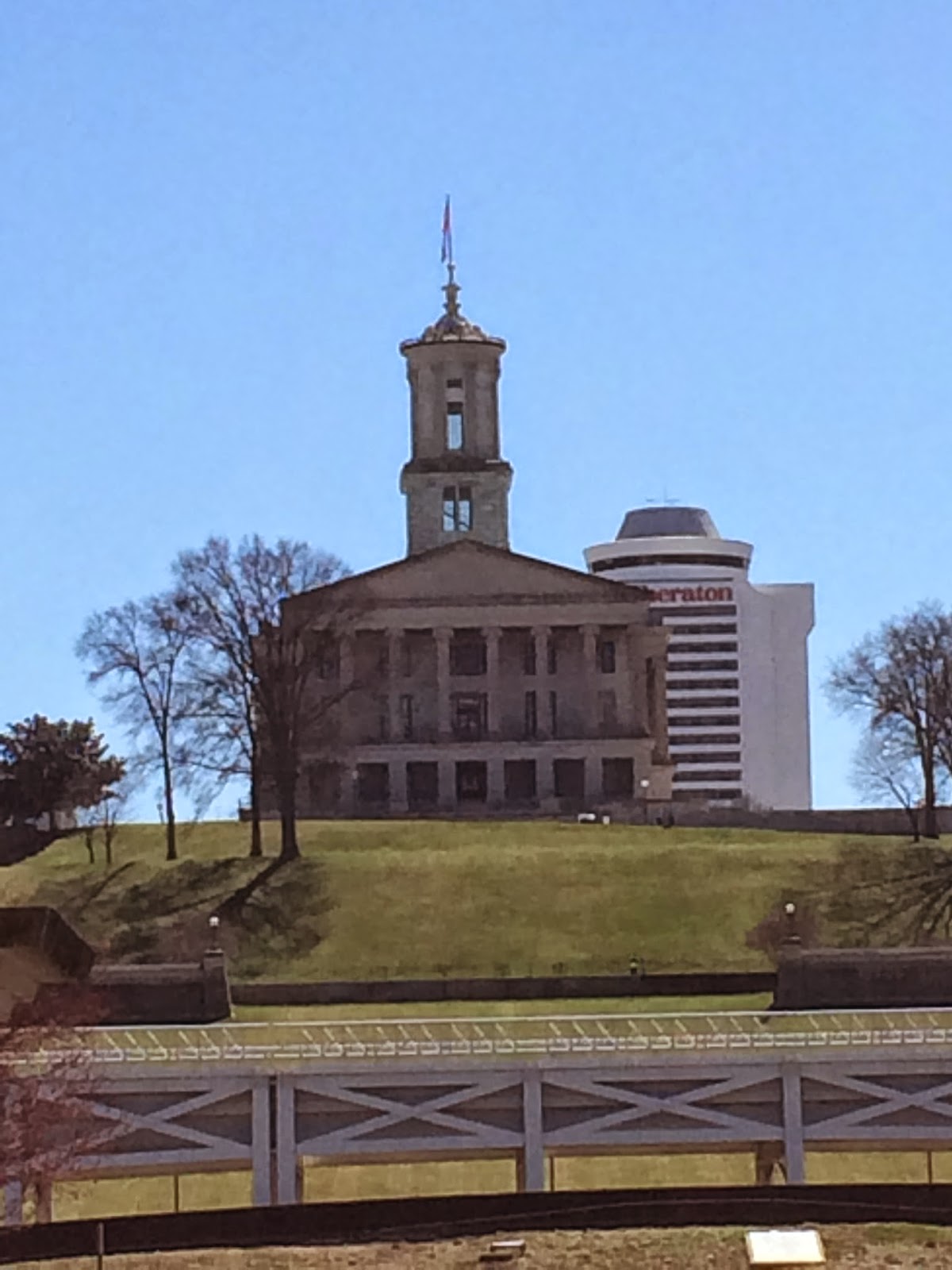 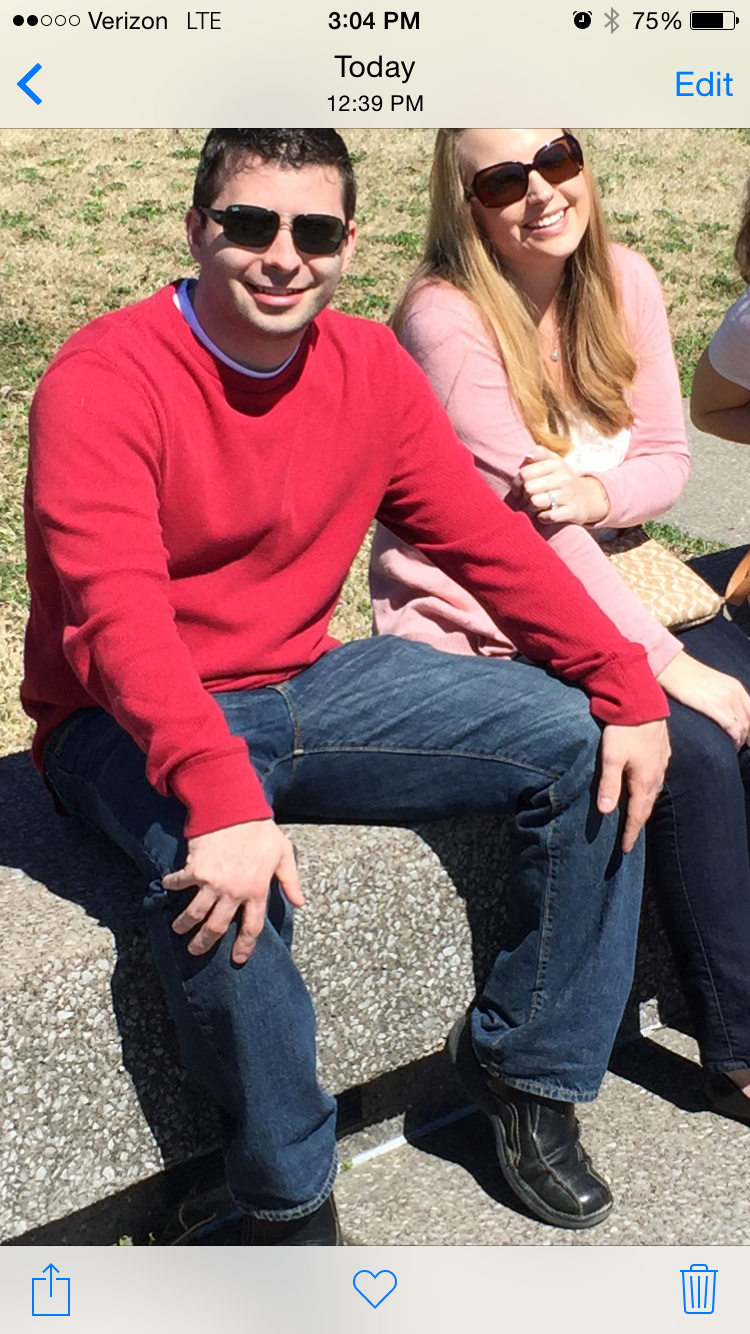 Then, we dropped Ross and his girlfriend off downtown and Adam and I hit the road.  He did let me stop for about 45 minutes at Opry Mills while he took a cat nap in the car.  I picked up some goodies at the Vera outlet and then we headed home to pick up Mr. Henderson.  Fun little getaway! 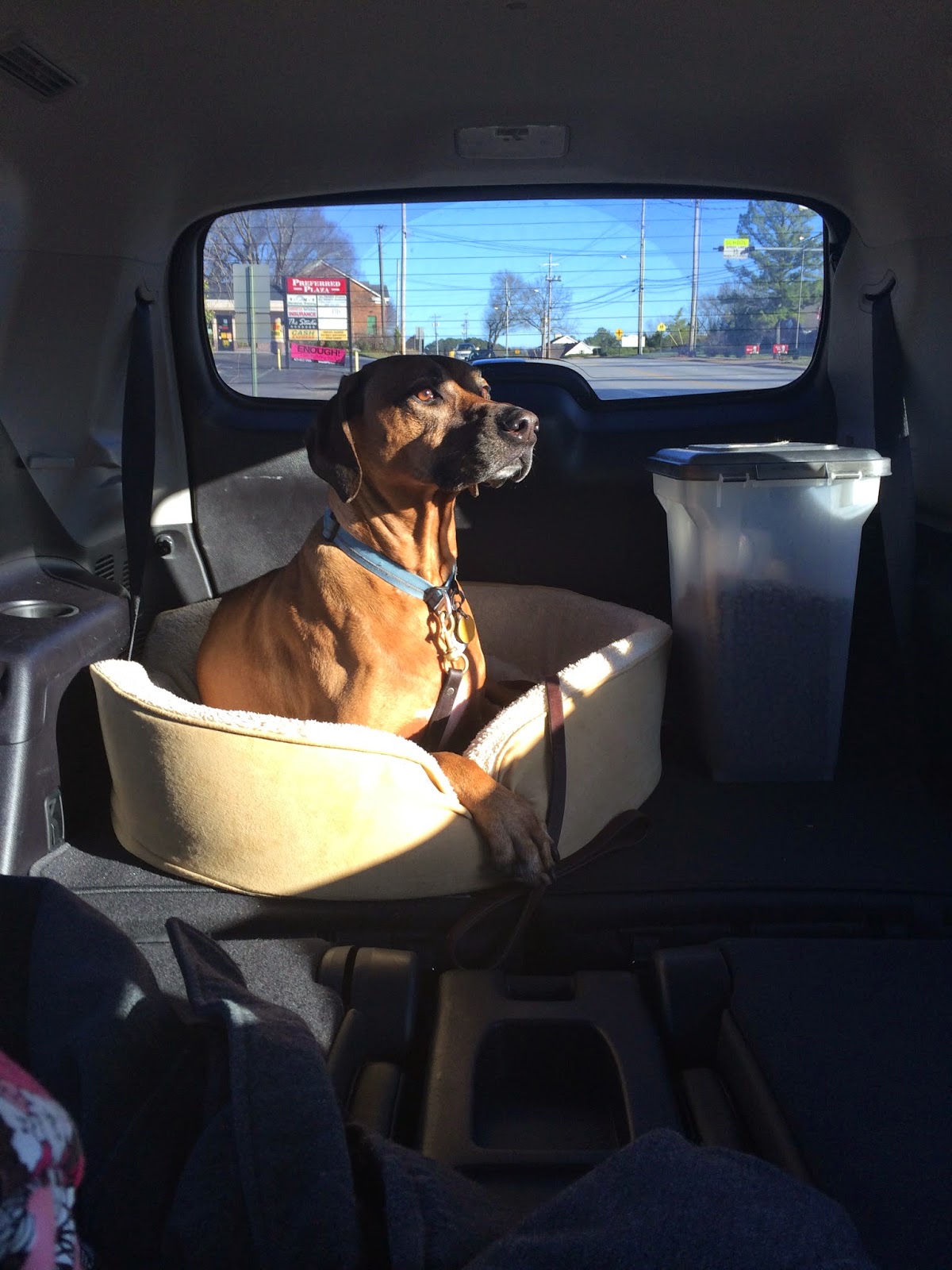 Posted by Ashley at 8:28 AM No comments:

Well hello there, March!  March sure did sneak up quickly on me this year but with all the work travel lately, everything is crazy!  I got home from what's my last planned work trip Friday and hope that's it for a while!  We had our Division HR meeting in the beautiful city of Savannah.  I hadn't been to Savannah since 2003 and it's just as gorgeous now as it was then. I can tell with all the traveling I haven't been using up as many beauty products and reading as many books as I would like! 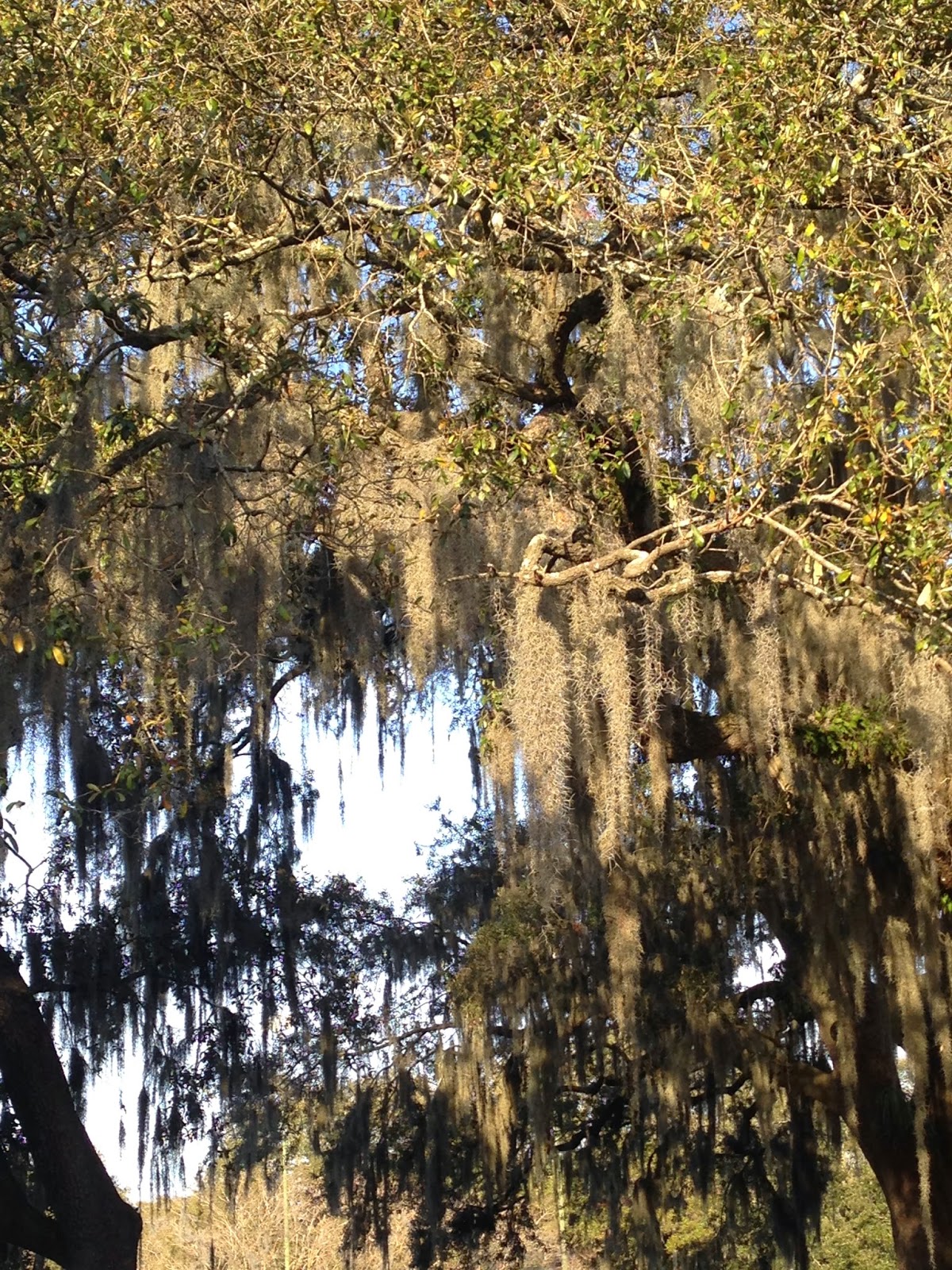 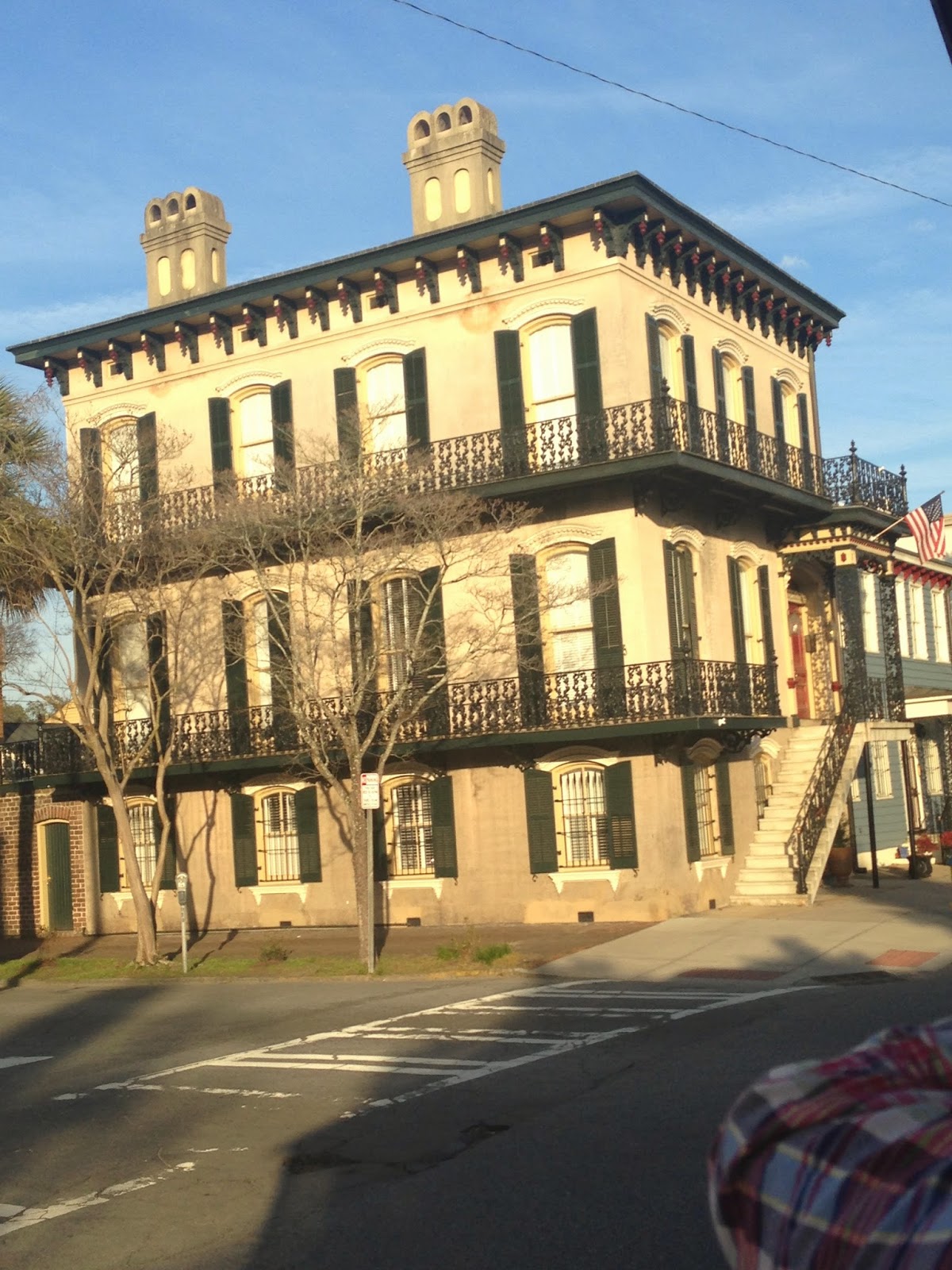 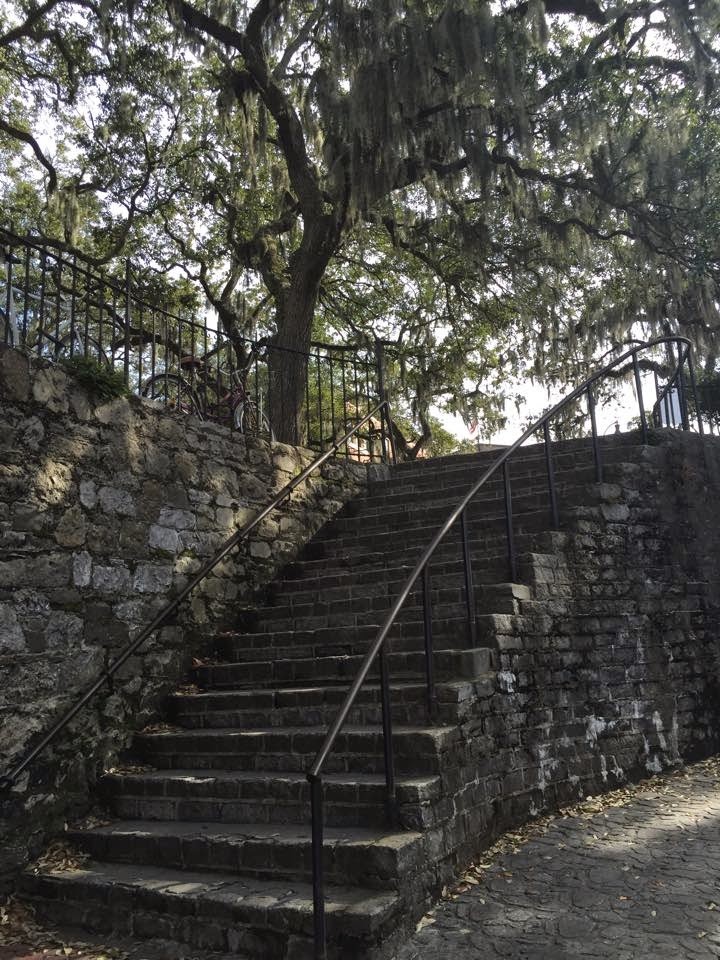 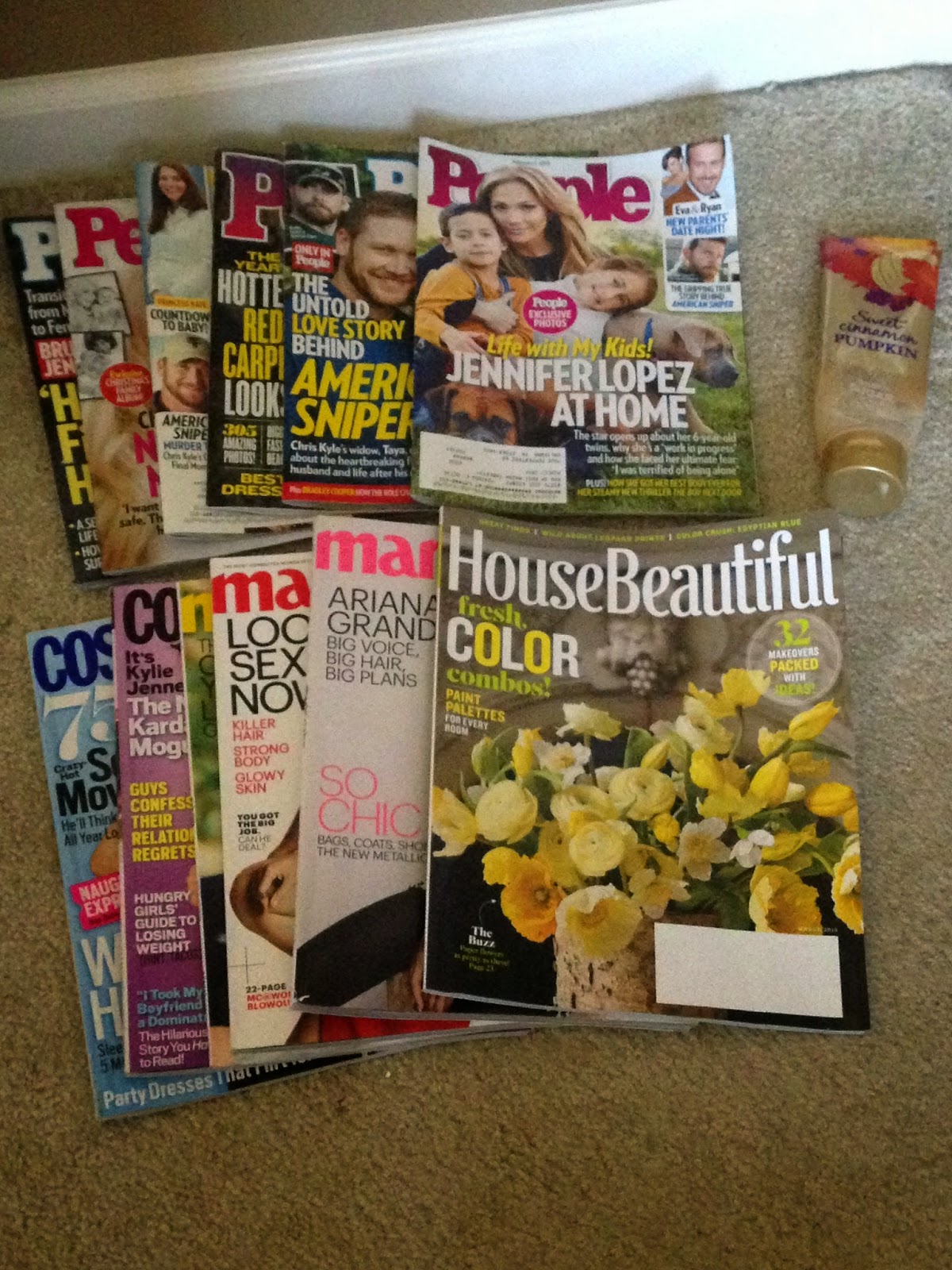 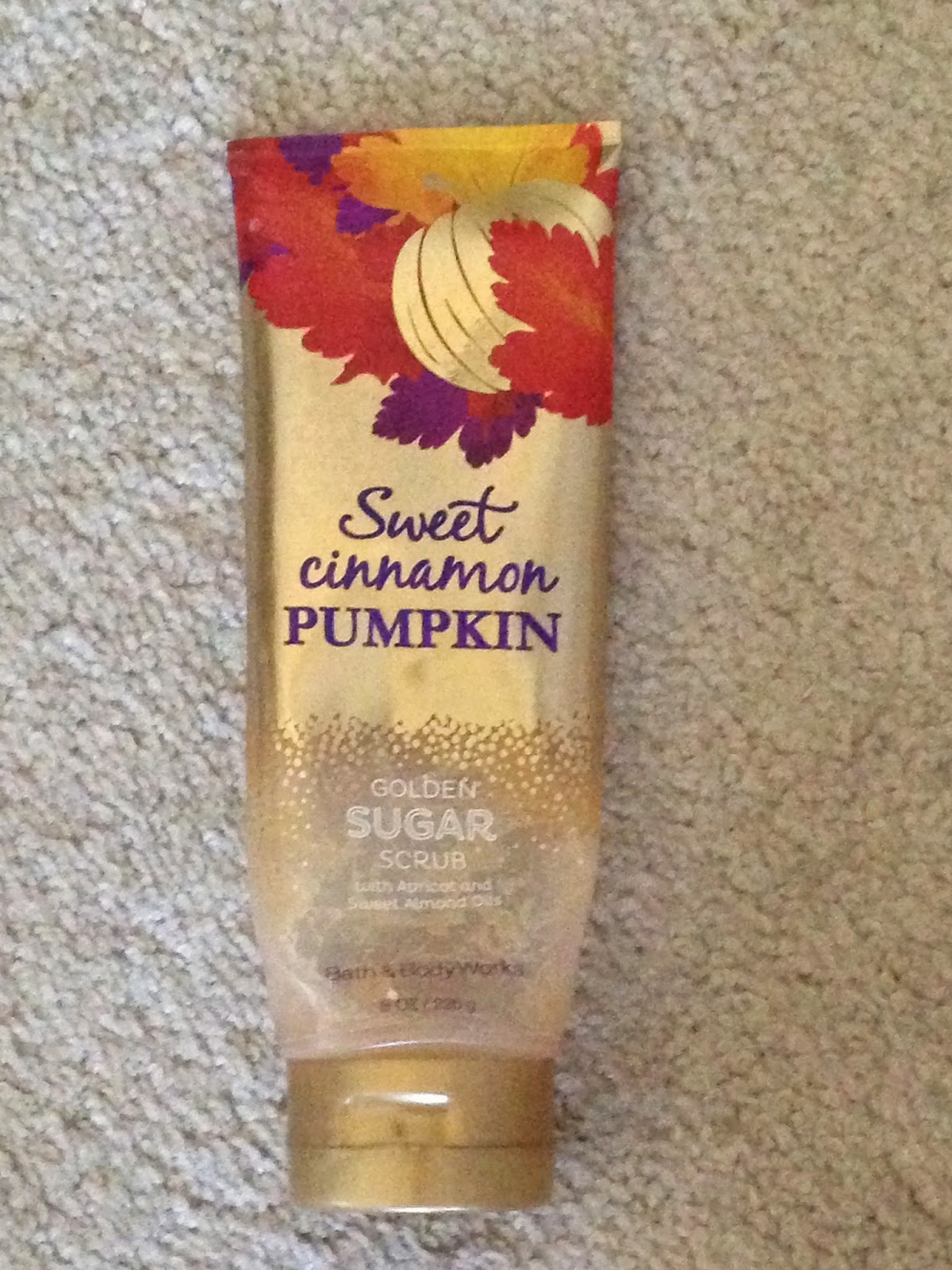 3.  Blog Posts
4.  Get More Exercise
5.  Scrapbook Progress
I feel great about my scrapbook progress this year, especially given how little I've been home!!  I am FINALLY less than 3 years (just barely but it counts!) behind and I feel like I can meet my goal of catching up!

How is the New Year treating you??

Posted by Ashley at 4:38 PM No comments: